A tooth abscess (also referred to as a dental abscess) is a collection of pus which can form inside a tooth, in the gums, or even in the bone which holds a tooth in place. It’s caused by a bacterial infection and anyone from children to a senior citizen can get one.

So, what is an abscess tooth?

It’s an abscess that’s caused from an infection inside the tooth itself or it can be an abscess which has formed at the tip of the tooth’s root – more commonly known as a periapical abscess.

If you think you may have a tooth abscess, then consider it a dental emergency because it won’t go away of its own accord. Not only can an abscess cause you severe pain, but without prompt treatment, the infection can spread into

While the condition itself is not life-threatening, it can lead to other potentially problematic conditions. The sooner you visit your dentist or attend a dental emergency clinic, the more chance there is of saving the tooth and avoiding extraction. An abscess can be quickly diagnosed by a dental x-ray which takes just minutes.

Where do dental abscesses occur?

As well as the inside of the tooth, a dental abscess can also occur in the jawbone and in the gums (when it’s called a periodontal abscess). Wisdom teeth, in particular, are prone to infections and abscesses. However, you can also get abscesses inside your throat and under your tongue. They tend to be called dental abscesses even if they’re not inside your tooth –  because they’re located in your mouth and they need to be treated by a dentist.

What causes a tooth abscess?

Dental abscesses are caused by the very same bacteria that causes tooth decay and gum disease. When these bacteria get access to the inner tissues of the tooth root, known as the pulp, the body dispatches white blood cells in an effort to fend off the bacteria. The white blood cells start to gather and form a pocket of pus.

There are several ways that bacteria can gain access to the tooth pulp and cause infection. 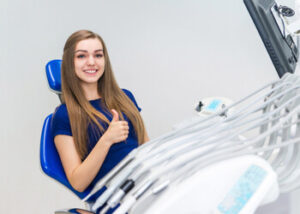 What are the symptoms of a tooth abscess?

If you’re suffering from a dental abscess, one of the most noticeable symptoms is likely to be severe tooth pain. It may be a dull persistent ache, or it can be a sharp piercing pain. Sometimes the pain may come from a single tooth or it may feel as if a side of your entire jaw is aching.

Sometimes the pain is worse when you’re laying down so you may find it hard to get to sleep. Other times the pain can feel as if it’s coming from a tooth that isn’t infected – and this is known as referred pain.

As well as pain, patients with a tooth abscess may become extremely sensitive to hot and cold foods and drinks. They may also have sore gums and often some swelling. It’s also possible to develop a mild fever.

In some cases, a pimple-like bump can form in the gums. If you press it and liquid comes out, then it’s a safe bet that you have an abscess.

How is a tooth abscess treated?

Treatment will vary according to the severity of your condition.

Draining –  If the abscess is relatively minor and located near the top of the gums, your dentist may make a small incision in the gums to drain the pus away. While this relieves the pain it doesn’t affect the infected tissue inside your tooth.

Root canal – In many cases, a root canal is necessary to rid your tooth of the infected tissue. Since this procedure often weakens the affected tooth, your dentist may need to place a dental crown over it, to give additional support and strength.

Extraction – If the infection is extensive or your tooth is badly cracked, there may no alternative but to extract it. Once the tooth has been removed and the socket has healed, your dentist is likely to suggest replacing it with a dental implant.

Antibiotics – A course of antibiotics such as penicillin or amoxicillin, is often used in conjunction with the above treatments. They help fight the infection and prevent it from spreading to other teeth.

A tooth abscess should always be considered a dental emergency because if treatment is delayed, there is the potential for it to lead to a more serious medical issue.

Now you know more about tooth abscesses, you can see for yourself how important it is to try and prevent them from occurring. The best ways to do this include:

If you think you may have a tooth abscess (or you are long overdue a dental check-up) then please get in touch with the team at No Gaps Dental to book an appointment or drop by one of our 15 clinics. You can rest assured that our highly experienced dentists will have you feeling better in no time at all.

Important Information regarding COVID-19 At No Gaps Dental we consider your safety our highest priority. We are closely monitoring .....

Have questions about health insurance. Click here to Learn More